Toronto, Ontario–(Newsfile Corp. – October 10, 2018) – Appia Energy Corp. (CSE: API) (OTCQB: APAAF) (FSE:: A0I.F) (FSE: A0I.MU) (FSE: A0I.BE) (the “Company” or “Appia) is pleased to announce the completion of the Summer exploration program (the “Program“) carried out on the Alces Lake Property (the “Property“) in northern Saskatchewan. The Property encompasses some of the highest-grade total and critical REE mineralization in the world with average grades ranging from 2.0 to 47.2 weight% Total Rare Earth Oxide. Assay results for the 2018 exploration work are still pending and will be announced as they are received and analyzed by the Company.

Mr. James Sykes, Appia’s Vice President, Exploration and Development comments, “The diamond drill program was the first-ever on the Alces Lake property. The drilling phase of the Program has successfully shown that concentrations of semi-massive to massive monazite mineralization exposed at surface continues to depths of 5 to 10 metres below surface and appears to be open at depth.

We are equally excited about the discovery of three new monazite occurrences between 8 and 15 m below surface at the Charles and Ivan zones. These new discoveries prove the sub-surface of the Property remains highly prospective for more concentrated REE zones similar to those discovered to date (see Figure 2).”

The surface stripping, channel sampling and diamond drilling have provided valuable geological insights that will help the Company target areas of potential mineralization beneath the surface.

All drill core samples have been hand delivered to the Saskatchewan Research Council’s (“SRC“) Geoanalytical Laboratory, an ISO/IEC 17025:2005 (CAN-P-4E) certified laboratory in Saskatoon.

The Alces Lake Property encompasses some of the highest-grade total and critical REE mineralization in the world, hosted within seven surface showings that remain open in all directions (see *Note below). Critical rare earth elements are defined here as those that are in short-supply and high-demand for use in permanent magnets, for electric vehicles, wind turbines and other modern electronic applications (i.e: Neodymium (Nd), Praseodymium (Pr) and Dysprosium (Dy)). The Alces Lake project area is 14,334 hectares (35,420 acres) in size.

Appia is a Canadian publicly-traded company in the uranium and rare earth element sectors. The Company is currently focusing on delineating high-grade critical rare earth elements (“REE”) and uranium on the Alces Lake property, as well as prospecting for high-grade uranium in the prolific Athabasca Basin on its Loranger, North Wollaston and Eastside, properties. The Company holds 100% of the surface rights to exploration over 63,980 hectares (158,098 acres) in Saskatchewan.

Appia’s technical team is directed by James Sykes, who has had direct and indirect involvement with over 450 M lbs. U3O8 being discovered in five deposits in the Athabasca Basin.

The technical content in this news release was reviewed and approved by Thomas Skimming, P.Eng, a Director of Appia, and a Qualified Person as defined by National Instrument 43-101.

Cautionary Note Regarding Forward-Looking Statements: This News Release contains forward-looking statements which are typically preceded by, followed by or including the words “believes”, “expects”, “anticipates”, “estimates”, “intends”, “plans” or similar expressions. Forward-looking statements are not guarantees of future performance as they involve risks, uncertainties and assumptions. We do not intend and do not assume any obligation to update these forward- looking statements and shareholders are cautioned not to put undue reliance on such statements.

Neither the Canadian Securities Exchange nor its Market Regulator (as that term is defined in the policies of the CSE) accepts responsibility for the adequacy or accuracy of this release. 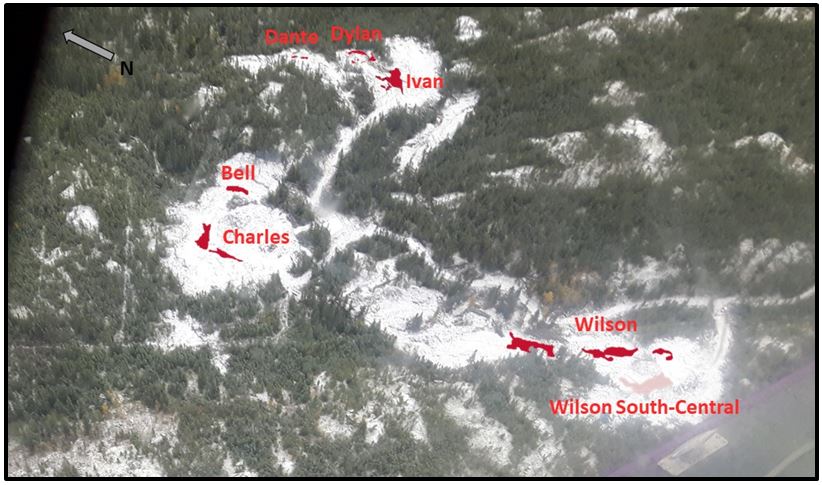